Colin Wilson wrote a book in the 1950s which became a sensation, it was titled ‘The Outsider’ and it caught the mood of the time. This was the era of the beatnik and French existentialism and his account of how he became an outsider through dropping out of society and rejecting the culture mores of the time captured the sense of angst of the time. It was a book of its time and is no longer read. Although Colin Wilson claimed a uniqueness of view, viewing society critically from the imagined position of an outsider has a long tradition. The tradition is demonstrated most clearly in the Christian religion as human society is constantly judged as failing from God’s perspective. Jeremiah the Old Testament prophet gave his name to a pessimistic philosophy of human failing.

Society needs the outsider as the stranger to society is the best person to question its mores. Too often a complacency sets in amongst the classes that make up the leadership of a society. They develop a fixity of view and regard anything outside the consensus of agreed thinking as heretical. While it may be unfair to claim that they view society as the best possible of all societies, it is they believe the best that can be achieved given the limits of human nature. In Britain the growing impoverished underclass can be ignored, as they are the price that has to be paid for the attaining of the good society. If all the members of this elite group of leaders have a similar background, this consensus of views is unlikely to be challenged. Britain provides an exemplar of this closed group think, the majority of our political leaders, lawyers and journalists have been to one of the elite colleges all having studied for the same degrees, whether intended or not Oxbridge does impose a fixity of views on our elite. From within this elite there may be critics but their criticisms are very muted. Only the outsider or stranger can question the views of this elite group as they are not bound into the group think. 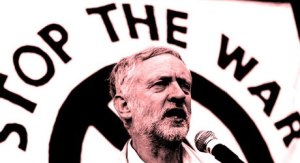 The outsider or stranger does not have to be a foreigner just somebody from outside the elite groups. In America this outsider status is so highly valued that even insiders such as the billionaire Donald Trump claim to be outsiders. However when this claim to outsider status is real, the political establishment can become upset over the perceived threat to their status. Jeremy Corbyn a serial outsider in British politics has become the leader of the Opposition Labour Party. The reaction from the political and media class has become hysterical, he is challenging their world view. No greater threat can be conceived than a non sharer of group values being leader. Horror best describes their reaction, last week a popular tabloid stated that he intended to abolish the army, then rumour had it that all the senior leaders in the armed services threatened to resign if he became Prime Minister, threatening mutiny in the armed services. All Jeremy Corbyn has done is to question the unfairness of the current social system and why the . He is not an armed terrorist yet the modest threat poses to the existing inequality, demands that he be treated as one.

A similar tendency is demonstrated in Europe where the elites have thought it necessary to demonise Tsiparas and Syriza the Greek outsider and his outsider party. They are criticised as being naive, unrealistic and even childish. The purpose of the negotiations over the Greek debt was to nullify the threat posed by the outsider. Tsiparas it goes without saying was not a member of the existing political class but an outsider and as an outsider he had to be marginalised.

Outsiders may not always be correct but in not subscribing to the group view of the majority they ask the questions that will force the “insiders“ to reconsider their policies. There is in British politics one question the outsider would ask would cause a significant shift in policy. At present all the main three parties are agreed on the need to reduce the government deficit. Yet there is a much larger deficit which is never mentioned, the banking sector deficit which is five times greater than the government deficit. An outsider would ask if debt reduction is so important while is all political debate and decision making focused on the one smaller debt. A debt is a debt, whether its run up by the government or the banks. Interestingly this is a question that never asked in other European countries. Germany for example has a banking deficit of 324% of GDP, yet German politicians never question whether this is sustainable.

Fear of the Outsider

However all too often the outsider is feared and disregarded by the governing classes and the much needed change in the policy direction does not happen. Maynard Keynes a respected academic but an outsider to the conventional economics of his time (1930s) was at first ignored and later accepted. His outsider views of how to manage the economy had become the views of the insider by the 1950s. More usually the governing classes react with horror and fear towards the outsider, ignoring the very valid claims they make for change. 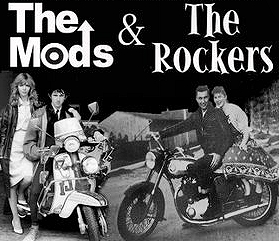 The fear of the rich and powerful insiders can be understood in the sense that outsider groups threaten their wealth and privileges. Naturally they would act against any such threat, however the reaction of the rich and powerful insider groups to the outsiders goes beyond this and borders on hysteria. One British army general was reported in the press as saying that there would be a mutiny in the army if Jeremy Corbyn the radical Labour leader became PM. Given that this nameless general was not exposed and dismissed, it seems likely that his views are shared by many senior officers. Yet this can only be seen as an over reaction, as the policy changes proposed by Jeremy Corbyn are quite modest, he is not advocating violent revolution.He is a Gandhi rather than an al Baghdadi (leader of Isis). A man who seeks to persuade, pacifists don’t tend to practice violent revolution. All abuse and fears expressed in the reaction of the insider groups seems out of all proportion, however there is an explanation for this behaviour.

One is that there is a moral panic developing amongst these powerful insider groups. The best example of a moral panic comes from the writings of Stanley Cohen (Folk Devils and Moral Panics). There were he said a small number of shuffles between two youth sub cultures on popular holiday beaches. The two groups where the mods and rockers, while there was plenty of noise there was little real violence. Yet the press wrote up the story, these young men were a feral group threatening the existing social order. What disturbances there were few and easily put down by the police. Similarly the press particularly the tabloid press have conjured up a folk devil in Jeremy Corbyn. He is seen as an agent of anarchy and disorder who threatens the very fabric of society. This fear justifies a variety of measures to disempower the social movement he represents. In this atmosphere the general who threatens an armed insurrection to prevent this radical coming to power is applauded. Other plots will develop to prevent this radical ever becoming Prime Minister, such as a parliamentary coup which removes his as leader. Just recently one senior party was reported as discussing when would be the best time to remove him through a parliamentary coup.

This over reaction by the political, financial and industrial elites will prevent them from acknowledging that his support comes from a mass movement that has a number of very justified discontents with the contemporary social order. A disproportionate number of his supporters are young and they are the group that has been dispossessed of the greatest wealth. The politicians have imposed high tuition fees on those going to university, so ensuring that they will be in debt for the rest of their lives. They have presided over a growing dysfunctional housing market in which it is increasingly impossible for the young to buy a home, leaving them at the mercy of rapacious private landlords. Just as the aristocratic elite were deaf to the cries of the impoverished poor in the 18th century, so the parliamentary class of today are deaf to the cries of the young. This deafness is not just simple callousness, but having created a folk devil out of Jeremy Corbyn and his supporters they are incapable of dealing rationally with them and their demands for change.

This moral panic is not just limited to the British elites and insider groups but this fear is widespread throughout the governing classes in the West. The horrified reaction of the European Union politicians to the leaders of Syriza attempts to ameliorate the harsh bail out terms imposed on Greece was typical of those in the grip of a moral panic. The politicians of Syriza were childish, naive, unrealistic dreamers. Once having demonised these politicians they did not need to treat them as equal negotiating partners. Instead they could abuse the power they had to compel the Greeks to accept the harsh austerity terms they wanted. This was done through the simple expedient of denying Euros to Greek banks forcing the country into near total collapse through the collapse of its banking system.

The leadership groups in society are often gripped by these moral panics, panics which blind them to the real nature of their opponents. Perhaps the McCarthyite panic that gripped the USA in the 1950s, when the country was gripped by the fear of a non existent communist conspiracy is the best example. What this fear does is to prevent the governing classes from coming to terms with the outsider groups and never dealing with the very real problems that have caused these movements to form. Whatever very real problems Britain faces the major problem is getting the governing classes to admit there is a problem, to accept that the outsider groups have a valid viewpoint and that they should listen and not suppress them. Our governing classes have seen the ‘canary in the mine die’ yet they ignore the warning signs of imminent danger.