Today when reading my paper my eye was caught by the headline for an article on the ‘Benefit Culture’. The journalist is a self proclaimed sceptic and his articles exposing the follies of the great and powerful make good reading. Scepticism is the necessary tool of the journalist, only the journalist has the licence to speak the truth to the powerful. This scepticism has permeated upwards from the journalists to the politicians in contemporary Britain. Disappointingly the scepticism in its upward trajectory has morphed into a shallow scepticism, a scepticism of the type that ‘everyone knows’, known as ‘public choice theory’ it is one that sees public servants as only interested in feathering their own nests. A scepticism derived from the stories circulating amongst the great and good. They know for instance that NHS consultants don’t operate on Friday afternoons, as they want an early exit so they can get a round of golf in before tea. If they are making an early exit so it is more likely to being doing so to attend to their profitable private practice to service the needs of the great and the good.

Public choice theory states that it is mistaken to put more money into a public service to improve the quality of service, as that money will be spent on public servants on increasing their salaries, recruiting more staff so as to push the existing members up to higher levels of management to manage all the new staff, anything except improving the service. The solution is to introduce the free market into the public service, if public servants had to work for a private corporation they would be motivated to provide a better service. If service users become customers they will have a choice of service providers. Those that provide a poor service they won’t be used, so they will lose business and income putting so salaries and jobs will be put at risk. Only the discipline of the market can ensure a good quality service for users say its proponents. This is why the UK government has put most of its services out to tender. Security is no longer provided by the public services but is increasing replaced by private contractors, mercenaries instead of soldiers contractors provide security on dangerous overseas missions. Mercenaries instead of the army provide security on merchant vessels under threat from piracy.

Public choice theory is a foreign import, imported from the USA. Where it’s most vocal exponent is Charles Murray, a libertarian who has written ceaselessly on the evils of the state provision of public services. Know doubt his books are required reading for government ministers, along with Hayek and Friedman.

Kierkegaard devised a classic phrase to describe the thinking of the type ‘everyone knows …’ or what passes as public opinion. It is the ‘dog’s opinion’, that is equally meaningless as the noises that emanate from my dog’s mouth. 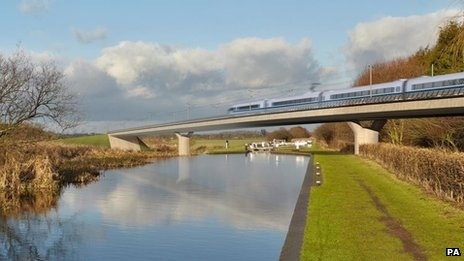 Being imbued with the spirit of scepticism the government is paralysed by a crisis of indecision. If it wants to undertake a large scale infra structure project, such as the construction as the high speed rail link between London and Birmingham, it can’t trust the project to civil servants. Civil servants would spend a large proportion of the cash on themselves on either self promotion to higher grades or spending it on new departments to take on the responsibility for the project. All of which would make the project far more expensive than if undertaken by a private construction company. To avoid this problem, the government employs for-profit private consultants. At present a £1/4 billion has been spent on HS2 largely on consultant fees. To this outsider it does not seem to be the cheaper option.

Entrusting private sector companies to project manage and construct government infra structure projects can lead to all sorts of problems. When the Labour government decided to upgrade the London Underground system, they awarded most of the work to a consortium of construction companies, who would project manage the project and also undertake the construction work . They awarded the contracts to themselves at very generous prices, with the result that the money long ran out before the project was completed.

Public choice theorists in government believe that the civil servants can’t be trusted, as they are only interested in feathering their own nests. To reduce the scope for the abuse of public funds, as few as possible of them should employed. Conservative and Labour governments have made it a priority to get rid of as many state employees as they can. This can have unfortunate consequences, the HMRC has been slimmed down so much that it tax collecting powers have been severely diminished. Now as a consequence the UK comes increasingly to resemble Greece, where large numbers of individuals and businesses avoid paying tax. Three of the multi national giants (Google, Microsoft and Starbucks), while earning vast revenues in the UK pay little or no tax on their incomes.

There is a solution to the crisis in government and that is a return to the mixed economy or Social Democracy. In the Social Democratic state it is recognised that it is the role of the government to provide those services which the free market cannot provide effectively, such as universal health care and education. This however will not happen while the current generation are in power. Conservatives, Labour and the Liberal Democrats are all wedded to the ideas of Neo-Liberal and ardent practitioners of public choice theory. Only when the next financial crises comes is there any chance of change. Hopefully after that the three main Neo-Liberal parties will be decimated at the polls and replaced by a new generation of politicians with very different ideas.