Perhaps it is coming from a rural community in which religion was part of the backdrop to rural life, that causes me to regret the absence of religious thinking from the contemporary debate. In the countryside you are aware of a continuity with the past, it is always visible in the present. The school I attended was a church school and it stood next to the church which was centuries old. We were told that the reason for the church’s high spire was that it was to inform distant travellers that here was a welcoming Christian community. A welcoming beacon amongst the wilds of the forests of the Weald. Later I learnt that this was a Victorian romance as there would have been no forests in the Weald when the church was built. Sometimes fantasy is more real, certainly to an impressionable child. The various seasonal rites of passage were marked by religious ceremonies, the beginning of the farming year was marked by the Plough Monday Service, harvest by harvest festival and the end of the year by Christmas. Christmas was marked by a children party at the big house at which mummers performed. 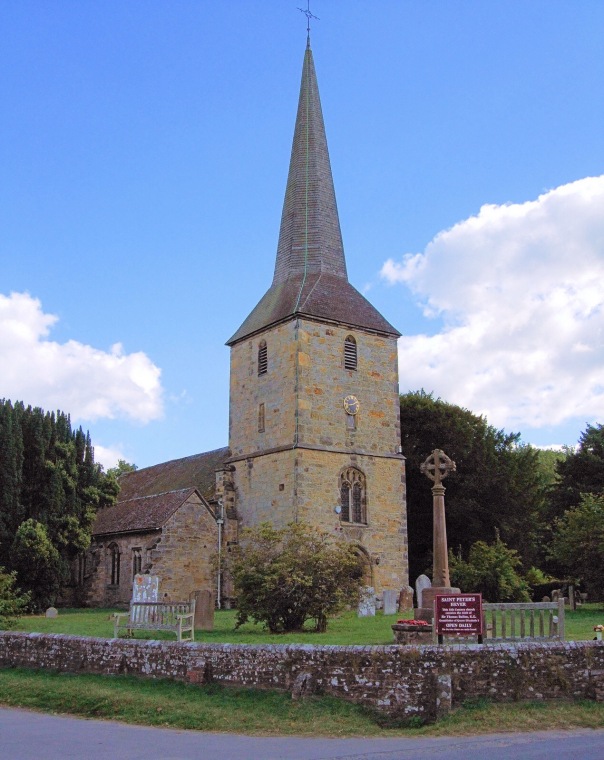 Coming into a secular world at my urban secondary school and later at a sixties university quite destroyed my childhood religious ethic and practice. The rural community of my childhood was being destroyed by commerce and my similarly religion seemed to be an echo of my past, a thing remote in a lost past. It was not helped by the undistinguished quality of the religious thinkers of the sixties, that is Teilhard de Chardin and Hilaire Belloc. Both of which were dismissed by my tutors as serious thinkers, the first for his woolly mysticism and the second because he wanted to return Britain to the Middle Ages. However my religious belief had deep roots and re-emerged from the depths of my consciousness after leaving university. Much as I loved the religion of my childhood, I came to realise that the magical realism of my childhood religion was not the religion for an adult. It was a religion that relied too much of the magical props of the supernatural, it is possible to be re-enchanted with Christianity without having to accept the magical supernatural props of a former age. Christianity can be compatible with any of the cultural manifestations of modern, it becomes the same truths can be told in a different manner.

When Caputo (The Weakness of God) writes of the weakness of God, he is expressing the strength of God in a way differently to that described in the Old Testament, his God does not have to destroy cities to be all powerful. God for him has chosen to refrain from intervening in men’s lives. This God treats men as adults, not children to be forced to coerced by supernatural terrors. Although he does not state this he implies that Christian officialdom, be it popes or priests have failed to understand the message of Christ. Dostoevsky’s grand inquisitor exemplifies the thinking of much of the priestly hierarchy. The Grand Inquisitor criticises Christ for giving men the choice of either accepting or rejecting an absolute set of values which on their salvation depends. There can be no choice in deciding whether or not to accept a Christian morality that embodies a series of absolute values, free choice means that some will unwittingly condemn themselves to eternal damnation. By torturing and killing heretics the Grand Inquisitor is more effective at fulfilling Christ’s mission that Christ himself, as people are scared into being good Christians, as death by torture and fire faces those who are not. What the Grand Inquisitor and most churchmen fail to understood is that God manifest’s his power in a different way. He he strong enough to allow men the freedom of choice, only a weak God would feel the need to coerce mankind into believing in him. Caputo’s God is the unknown God who makes himself known by pushing into human society, making his presence is known through his values. These values are known to all and it is up to men to choose to accept those values and acknowledge God’s existence. Christ (God) wants followers who choose him freely not a group of scared rabbits.

Theologians such as Caputo only claim to be offering one understanding of God, they realise that there can be others. They don’t need the threat of fire to suppress possible heresies. It is an understanding best expressed by Hick (The Metaphor of God Incarnate) as the ‘universal salvic’. His salvic includes the deities of other religions as he believed that they all express the same essential religious truth. Strength comes from the persuasiveness of argument not through the exercise of power.

The default assumption is that theology has to learn from the contemporary sciences and modify its content in the light of current changes in philosophy etc. John Caputo in the spirit of the times has written a post modern theology, entitled ‘What would Jesus a Deconstruct?’. Movement in the other direction is never assumed necessary yet it is an equally valid to assume that social scientists such as economists could learn from the theologian, could they not learn from some borrowing from the learning of the past. The Christian father’s such as St. Augustine wrote about the nature of evil, something that an emotion and moral free economists never recognise as existing in human societies.

What Christian theology should be influencing is not the methodology of economics, but something more fundamental. Economists always see there subject as free floating, it’s abstract truths are ungrounded they don’t need social context or reference to the wider society. What they fail to see that the economy is part of a greater whole, unlike Christians who see human society as but part of God’s greater creation, a cog in the wheel not the wheel itself.

Their needs to be a reorientation in the basics of economics as can be demonstrated by an analysis of welfare economics. Welfare economics despite its name has little to do with the welfare of mankind, it is only a theory of how to optimise production. It is possible in theory to draw a production possibility frontier, which represents maximum output of different combinations of goods. Peoples welfare is maximised at any point along the frontier as that represents the largest amount of goods that can be produced by a specific combination of the factors of production it is up to society to choose the desired combination of goods, as to the economist any point along that frontier is equally desirable as it maximises the output of both consumer and capital goods (a,b,c d is inefficient and e is impossible)

Their needs to be a reorientation in the basics of economics as can be demonstrated by an analysis of welfare economics. Welfare economics despite its name has little to do with the welfare of mankind, it is only a theory of how to optimise production. It is possible in theory to draw a production possibility frontier, which represents maximum output of different combinations of goods. Peoples welfare is maximised at any point along the frontier as that represents the largest amount of goods that can be produced by a specific combination of the factors of production it is up to society to choose the desired combination of goods, as to the economist any point along that frontier is equally desirable as it maximises the output of both consumer and capital goods. What is notable is what it leaves out, it’s only a two dimensional diagram that can only show a tiny part of the desired outcomes for human society. Christianity reminds us that there are other goods that are desirable. In the words of the gospel of Matthew (6, 19-24)
“Do not lay up for yourselves treasures on earth, where moth and rust [a] destroy and where thieves break in and steal, 20 but lay up for yourselves treasures in heaven, where neither moth nor rust destroys and where thieves do not break in and steal. For where your treasure is, there your heart will be also.
This is the command not to overvalue material goods, but to invest time and money in those activities that directly benefit humanity now. It is a reminder that economists undervalue those services that cannot be priced, the caring and health services. Why do economists advocate private health care, because of intellectual laziness? It’s easy to value the contribution of health to the economy when it is sold as a commodity like any other marketable good. Profit or private profit is easy to calculate when health care is a matter of calculating costs and prices. The fact that the majority of the population is excluded from good health care under systems of private health care, because they are priced out of the market is irrelevant. A Christian underpinning to economics would remind economists that there are some goods that cannot be priced and that the price cost benefit matrix is often irrelevant to the valuation of goods and services.

Free market or Neo-Liberal economics values inequality, income inequality is justified in the sense that each gets paid according to the value the Market places on their services. Therefore the neurological surgeon gets paid far more than the cleaner. However the market makes some strange decisions that seem hard to justify. Why are financiers and other speculators paid such huge salaries when their contribution to society seems so minimal? Why are workers in the caring industry paid so little (often less than a living wage), when their contribution to society is so great. A different measure is needed of the value of labour. One clue to this revaluation comes from the Bible. In Genesis, God is said to have created man in his own image, not an exact physical copy as Maimonides (The Guide to the Perplexed) states, but a being that as with God has consciousness. A being that is conscious of the consequences of its actions, a being that is capable of directing its actions to,achieve a particular end. If all are created in God’s image this implies an equality between human beings all are valued equally by God as he made them in his image. This suggests that their needs to be a value system that counters the harsh inequality of the market. A system that sanctions the regulation of wages to ensure that all that work can earn a living wage.

What a religious or Christian origin would give economics is a different starting point, a starting point rooted in the valuing of humanity. Then perhaps a Milton Friedman could no longer justify President Pinochet’s torture and slaughter of dissidents as a necessary first step to establishing a free market society. There are some economic policies that can never be justified.