This essay is my answer a question posed to me by my 22 year old daughter. She asked me what can I do to help change this cruel Neo-Liberal society in which we live. I suggested that she get involved with a extra parliamentary campaigning group, extra parliamentary because the parliamentary parties are too compromised in their politics. All in the UK are practitioners of Neo-Liberal politics, none could consider any alternative. However a short conversation between my daughter and myself is not an adequate answer to the question she posed; this is my considered response.

Neo-Liberalism appears impregnable it has captured the commanding heights in British society. All three main parliamentary parties are adherents of this hateful ideology. The example of the private rental housing market demonstrates this; private tenants especially in London endure squalid housing conditions, have little security of tenure and pay exorbitant rents, but all parties do not see this this as a problem requiring urgent remedial action, instead see it as one for inaction, leaving it to the free market to solve the problem. There is not one major politician who is not a free market proselytiser. Changes imposed by various governments have removed from the political scene any organised extra parliamentary opposition. First of all the trade union movement was emasculated and now even the rights of charitable organisations to campaign are being severely limited through government censorship. Gradually Westminster is slowly suppressing any dissenting voices. Governments are reverting back to the bad old practice of inserting police spies into dissenting groups, who then often act as agent provocateurs to goad them into actions that bring discredit on to these groups. However this seemingly impregnable Neo-Liberal edifice of the combination state and big business still remains vulnerable to ideas of an alternative world from the society below.

What I am trying to suggest is that the very limitations of the cultural values of Neo-Liberalism will be its undoing. There cannot be an immediate overthrow of this culture of the elite, a culture that excludes most human values, but its incompatibility with civilised life will lead to its constant clash with other cultures which will undermine it and inevitably lead to its demise. Today’s papers illustrate this point, communities in constituencies held by loyal Neo-Liberal MP’s are in revolt against the cracking which will be undertaken by the oil industry in their area. Residents of England’s green and pleasant land are horrified by the environmental damage that cracking will cause in their area. Yet the Neo-Liberals in government have given the oil exploration industry carte blanche to do whatever they please in these areas, believing what is good for business is good for society.

Stifling, dull and oppressive are the words I associate with Neo-Liberalism and as such it cannot contain within its boundaries the vitality that is human life. This stultifying dullness is demonstrated in the new university curriculum. Vocationalism, relevance to industry and commerce are the buzz words that are used to describe the new curriculum. But what they hide is a dullness, the emphasis on the non thinking curriculum, a curriculum from which ideas that challenge the orthodoxy are banned. Economists that challenge the orthodoxy are either forced out of the faculty or forced to find work in departments such as geography. One Keynesian economist told me how he had been silenced; he could only get published in economic journals if articles expressed Neo-Liberal ideas any hint of Keynesianism meant it would not get published. As an academic it was essential he got work published, as his continued employment depended on his getting work published. Academics that don’t get published lose out on preferment and are liable to dismissal. This dullness in the academy has begun to produce the stirrings of a student revolt. Students at Manchester University have begun the revolt by demanding the economics curriculum be changed to accommodate alternative economic doctrines. While the complacency of entrenched of the academic economists will enable them to initially resist change, they will have to change if they they not wish to lose the brightest and best of their students to the other social sciences. Once economics becomes seen as the cultural backwater, economists will lose influence and prestige in society.

Theology in the medieval university was the Queen of subjects, but due to the refusal of theologians to do other than cling to the orthodoxy, it got left behind and by the 19th century was an intellectual backwater. All the arrogance of today’s professional economists cannot prevent a similar fate befalling economics.

The only value recognised by Neo-Liberalism is cost benefit, it’s an updating of Oscar Wilde’s line about the cynic who knows the price of everything and the value of nothing. A culture that only values arts according to its market price is an incredibly shallow culture. This shallowness is being demonstrated by the culture of the super rich, which is one of excess. What achieves admiration is the conspicuous consumption, what gains the most respect is not the best but the most expensive. To rephrase a biblical expression man cannot live by cash alone, as the example of the Jazz Age shows. In the 1920’s the super rich needed to inject some excitement into their lives, there was only so much over priced champagne that they could buy. It was the music of these poor black musicians that gave them the excitement they craved.

A culture such as Neo-Liberalism lacks creativity it has to be parasitic on other cultures. The music and culture of the young rich is but imported from other more creative social groups. They can produce musicians but their music is derived from other lower income groups. These are Social groups who have to create their own entertainment as they can’t buy it from somebody else. Through importing the music and ideas from the non dominant cultures, Neo-Liberalism will fry at the edges. The edifice will start to crack as they import alien cultural values. 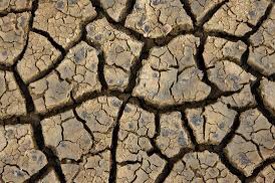 What I am trying to suggest is that the very limitations of the culture of Neo-Liberalism will be its undoing. There cannot be an immediate overthrow of this culture of the elite as it is too powerfully entrenched, but its incompatibility with civilised life will lead to its constant clash with the culture of alternative and humane values of other groups in society which will undermine it and inevitably lead to its demise. Today’s newspapers illustrate this point, communities in constituencies held by loyal Neo-Liberal MP’s are in revolt against the fracking which will be undertaken by the oil industry in their locality. Residents of England’s green and pleasant land are horrified by the environmental damage that fracking will cause. Yet the Neo-Liberals in government have given the oil exploration industry carte blanche to do whatever they please in these areas, believing what is good for business is good for society.

History also demonstrates that any culture that celebrates the greed of the super rich as its prime moral value ultimately fail. A society that impoverishes the majority and enriches the minority always be inherently unstable, being held together only by a repressive and authoritarian government. It is forgotten that many of the barbarians that sacked Rome were in fact its former disenfranchised citizens of whom many were former slaves. The empires that disappeared from Europe in the twentieth century such as that of Austro-Hungary and the Soviet Union, have not been made anew by their former subjects. Such change takes time but I would encourage all cultural wood worms to continue eating away at the fabric of this rotten society, so it collapses of its own volition.

Possibly this is not the answer my daughter wanted, but my reply in essence is retain an independence of mind and not to be fooled by the propaganda of the Neo-Liberal state. J.S.Mill the great liberal philosophy, defined liberty as being the liberty of thought. His critics dismissed this as a small minded liberty, want they wanted was liberty of speech, freedom of assembly etc. What they failed to realise is that all these follow on from the independence of mind. Why else have autocratic regimes such as the North Korea of Kim Jong-un and the China of Mao Tse-Tung taken such great efforts to control the minds of their subjects.