Gordon Brown when  Chancellor of the Exchequer was responsible for the infamous quote, ‘No return to boom and bust’ and then when the economy went bust in 2008 he had to retract his words. There was even the Stalinist rewriting of history when all references to this quote were removed from the Treasury website. Possibly Gordon Brown is amongst the cleverest of  the Chancellors of the Exchequer that we have had this century, yet he got it all so wrong.

What his Treasury advisors should have told him was that the trade cycle is an unavoidable feature of capitalist economies and that all politicians can do is ameliorate its worst effects. There are invariably periods of boom followed by bust. A quick glance at history would have shown Gordon Brown the truth of this. In 1990 there was the collapse of the property boom, which bankrupted many property companies and in 1999 there was the collapse of the dot.com bubble. The latter bankrupted GEC which at the time was Britain’s largest electrical engineering company. A bankruptcy caused by paying too much to purchase a series of over valued software businesses. It does seem that with the bust of 2008, these financial crisis’s seem to occur every nine years. Unfortunately the current Chancellor of the Exchequer seems to be demonstrating a similar naivety to his predecssor about the economy. He claims to have put the economy on a sound footing and his preventative measures will prevent a repeat of the crisis of 2008/9. If history repeats itself there will be a financial crisis in 2017, something of which he appears oblivious.

Why is there this constant misreading of history? One reason is the arrogance of both economists and politicians. Economists having discovered in the free market the equivalent of the economists  philosopher’s stone cannot believe that there are times when the market will fail. If the free market is the best possible of organising economic activity and can’t be bettered, it is foolish to look for non-existent flaws. Any economic crisis is not caused by any dysfunction in the market it is the politicians who fail to implement policy correctly, it’s human not market failure. There are  economists who claim that the financial crash of 2008/9 was not due their lack of regulation in the financial markets failing to rein in  the irresponsible banks but through there being too much regulation of the banking industry. Although economic reality intrudes all too often when the economy takes a down turn, economists prefer to ignore this inconvenient fact. 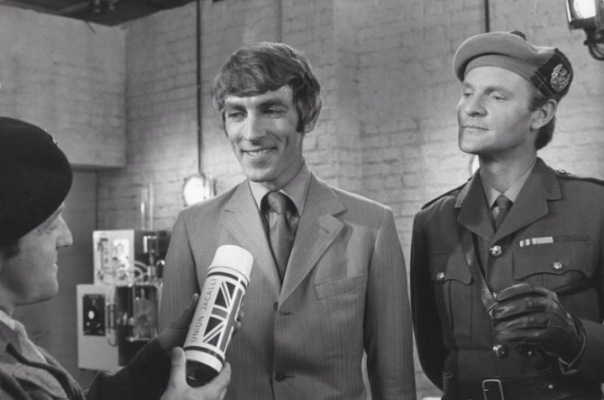 Economics should not shoulder all the blame for the belief in what can only be best described as a preference for the economics of fairy land. The message has to be doctored to meet the demands of the economist’s political masters. Economists must be on the message politicians only want good news.

The new politics can be best explained by reference to a Peter Cook film, ‘The Rise and Rise of Michael Rimmer’. In this film Michael Rimmer on becoming PM cuts the defence budget to finance a tax give away. When faced with the disgruntled generals he shows them a film of the marvellous new weapons that he has purchased for the military. The generals immediately praise him for his policies, even when he tells them that the weapons they have seen featured on a film don’t really exist. What matters is what appears to be, given the guarantee of their jobs and incomes the generals are only to happy to acquiesce in the disarming of Britain. All party leaders now have their coterie of ‘spin doctors’, whose job is to make bad appear good. Politics is increasingly coming to resemble the public relations industry and as a consequence policies are never subject to proper scrutiny, as any policy debate within a political party is increasingly seen as an example of disunity. It is one of the many assumed truths that voters don’t like political parties that appear disunited, so politicians will do all they can to avoid appearing disunited, so any of story will do as long as all party members stay on message.

Not only is this a society in which appearances matter more than the truth, it’s also a society that prefers to avoid unpleasant truths. The economist or politician that disrupted the pleasant complacency by voicing inconvenient truths is vilified and silenced. When Alistair Darling (Chancellor of the Exchequer) in 2007 spoke of an impending financial crisis he found that he was a lone voice speaking the truth. There was no politician or economist who spoke in support of him. Some politicians and economists would have known he spoke the truth, yet all preferred the  pretence of the ’emperor’s new clothes’, that is were willing to keep up the pretence that all was well. Not even opposition politicians spoke in his defence, as they did not to be seen to be going against the preferred wisdom of the times.

What I am saying is that as economists and politicians have abolished the trade cycle, at least in their imaginations, any economic downturn will be the unexpected event that catchesus all by surprise. It should not have happened, it came out of nowhere, was the reaction to the crash of 2008/9.,Famously the Queen asked why no economist correctly predicted the crash. She failed to get any meaningful reply from the collectivity of academic economists, as any truthful response would have meant admitting that all their theorising and policy recommendations were wrong.

Can I put it in terms of the Titanic metaphor, would the passengers of that ship wanted to know that it would shortly strike an iceberg, which would cause the ship to sink and most of them to drown? No they would have preferred ignorance, so as to enjoy the last moments of their life without it being spoilt by a knowledge of their impending doom. However what they would have wanted was the captain and crew to have prepared adequate means of evacuating the ship in the case of it sinking, so as the minimise the loss of human life. Economists by ignoring the existence of icebergs (economic downturns) fail to prepare adequately for them and fail minimise their negative effects on society.