One of the constantly repeated stories told by economists is that the current programme of austerity is for the good of us all. The austerity programmes adopted by Western governments are necessary to root out from the economy of the excesses of the past spendthrift governments. The austerity programme will restore the economy to health and all will benefit from a new era of economic prosperity. A story that is so untrue, as acute observers will have noticed that it is the less well off who have suffered disproportionately in this recession, while the incomes of the better off have hardly been touched. Despite the recession, London for instance is home to a record number of billionaires.

There is another story that needs to be told and that is that economies very rarely work in a way that maximises the welfare of the majority of the population. They instead maximise the welfare of those groups with the greatest market power, who use that power to gain the largest share of wealth for themselves. Only very rarely does market power reside with the majority as happened in the social democracies of Europe after the Second World War.

This is demonstrated in the current time period which its one characterised as the time of Neo-Liberalism. A misnomer as it is a period that has seen the ever increasing accumulation of market power by the owners of capital at the expense of those who depend on earned incomes. Neo Liberalism is a political doctrine that these wealth holders have cleverly exploited to aid their rise to power. This doctrine states the the greatest impediments to the free market and the maximisation of wealth are over powerful governments and power trade unions, both of which impede the workings of the free market. Strong Governments and trade unions are the two factors that place obstacles in the path of those who wish to acquire unlimited wealth.

Growing up among the serving classes in the 1960’s, I observed close up the anxieties and fears that gave rise to the putsch against the strong governments and trade unions of the social democratic state. The 1960’s were a period of relative prosperity, there was full employment, constantly rising incomes and people were well housed, yet the rich hated this period. All they could see was the threat to their social and economic status from the newly prosperous working and middle classes. It seemed to them that all the barriers that preserved their social exclusiveness were under threat. Students from the working class now attended the two bastions of educational privilege, Oxford and Cambridge. Working people could own cars and more threateningly rise up the social and occupational ladder and threaten to displace the previous incumbents.

Tunbridge Wells and its environs where I grew up were home to exiled European aristocrats forced into exile by the communist revolutions of Europe. Travelling on local buses you would come across impoverished Eastern European aristocrats talking about their lost estates and wealth. I lived near a family of White Russians who were so worried about the possibility of a communist uprising that they were only family locally permitted to keep fire arms. It was this anxiety that fed into the paranoia of the wealthy who feared for their social position.

One of the most frequently expressed concerns was that people no longer knew their position. Servants would talk back to their masters and mistresses. The relative prosperity of the times meant it was difficult to get servants, as who would want the demeaning job of servant when a job a sales assistant in a shop gave gave greater freedom and a better wage. It was this newly acquired power to be no longer beholden to The Lord of the Manor for employment, that empowered servants. This group looked back to the horrors of the Great Depression as a ‘golden age. Then servants were plentiful and people knew their place. On the estate in which I lived prior to World War 11, it was a dismissal offence to talk without being first addressed by old Lord ***, now the very real shortage of estate workers and servants meant at worst all that could be done was reprimand the worker. I can remember a servant at the castle being reprimanded for being cheeky to her ladyship, an offence that would have warranted instant dismissal in the 1930’s. How the rich hated the prosperous sixties, with their indolent and independent minded workers. 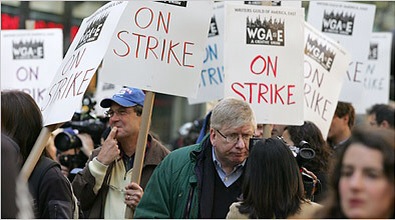 Even in these social democratic times the rich had begun to regain their former powers. The setting up of trusts encouraged by a friendly judiciary enabled the aristocratic owners of the great estates, meant that these aristocrats could claim that their estates were held in perpetuity by a trust and therefore not subject to estate duties.

The determination of this group should never be underestimated, they worked constantly to weaken their two enemies over mighty governments and trade unions. Rather than going through the details of how they achieved this weakening it is sufficient to say that in their enterprise they were greatly aided by the naivety of social democratic politicians. Today the most powerful groups in society are the financial, business and landowning elites. Given the lack of restrictions on their power they are able to abuse that power to award themselves an increasingly disproportionate share of the nations wealth. In 2000 the average company directors pay in Britain’s top companies was 69 x that of the average employee and by 2009 it increased to 149x that of the average employee. This disproportionality in income take demonstrates why the British economic recovery will be good for the rich and the super rich but less good for the majority.

Economists fail because they see a society as one atomised individuals, who are best off if they can trade freely amongst themselves, as they individuals know what they want. Any intervention by a government no matter how well meaning, could not second guess the wants and wishes of individuals and they whatever they did would lead to people being more dissatisfied that satisfied. The only social group that they recognise are trade unions which they identify as malignant growth which disrupts the efficient running of the business enterprise. They never recognise that owners of capital might group together to abuse their market power to gain a disproportionate share of society’s wealth. For an economist bankers, financiers and land owners only act in a benign way for the benefit of society.

Society in reality is divided up into a number of social groups competing for power and wealth. This power and wealth is distributed disproportionately, the owners of capital compared to the owners of labour have disproportionate power. This disproportionality of power and its potential for harm was recognised in former times. Durkheim in the 19th century wrote of the essential role of the state to protect the individual from local bullies and tyrants. He knew that employers had unlimited power to abuse their workers, with their being no labour protection legislation, they could pay as little as possible, work them for long hours, subject them to unhealthy and unsafe working conditions and dismiss them if they fell sick. The state was needed to regulate conditions of employment and protect the worker against unfair exploitation by bad employers. A lesson forgotten by the current generation of economists and politicians.

I can as a child of the serving classes quote an example. A remember an old servant telling my mother of the bad country house in which she worked. The men of the house if a young pretty house maid took their fancy, they would abduct her and rape her in the cellars. Staff were powerless to intervene and the abusive males never faced any sanction. It is this story that springs to mind whenever I hear a politician or economist advocating the removal of yet more labour protections.

Today Britain is a country that is safe for the rich, but unsafe for the poor. The poor can be housed in unhealthy private rental homes for which they pay exorbitant rents and dare not complain for fear of eviction. A good government would legislate to prevent such tenants as recommended by Durkheim, instead we have a bad government, supported by bad parliamentarians of all major parties who would never countenance such a measure. In contrast the government does its best to make life comfortable for the rich by co-operating in all schemes to protect their wealth, most notably in the emasculation of the tax collecting agencies.