Describing George Osborne as this century’s greatest economist, is to choose a deliberately provocative title. While it is intended to be a title that catches the eye, I do have a more serious purpose in drafting this essay. There from the perspective of this writer a certain admiration for George, he is the supreme Machiavellian politician. He can persuade others to accept that black is white, even if they know he is wrong. As Chancellor he has set the agenda for the political debate. Labour politicians have responded to his agenda, rather than trying to set out their alternative approach. There are differences but these are intended magnify the difference in the eyes of the beholder (electorate), for an economist they are but trifling differences. Last week’s political debate illustrates this all too clearly. George Osborne announced that because of budgeting restraints that all NHS staff other than receiving annual increments would not get an increase in their pay. In his eagerness to appear responsible he said that if he became Chancellor he would follow George’s lead and implement a pay freeze. 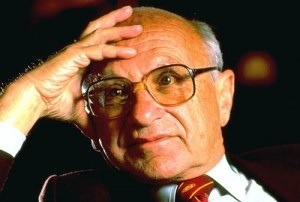 There are two types of great economist, the first are economists such as John Maynard Keynes or Milton Friedman who revolutionise economic thinking and change the way governments approach economic policy. Secondly there are those such as Mao Tse Tung who set the economic agenda and policy making through sheer force of personality. (Often accompanied by the threat or use of violence.) Both are great in the sense that they revolutionise the practice of economic decision making and policy implementation. Communist China experienced several changes in the direction of economic policy under Chairman Mao. He tend to favour a razing to the ground of the economy and to be followed by a remaking of the economy in a purer communist mode. By doing so in the Great Leap Forward in 1958 he intended to take the control of the economy out of the hands of the bureaucrats and return control of the the economy to the workers and the peasants. The policy was disastrous which according to one source caused 60 millions deaths through starvation caused by reducing agriculture to a state of chaos. This use of greatness has no moral dimension, but views greatness as the power to revolutionise and change economic policy making for decades.

George Osborne is one of the Chairman Mao type economists. While knowing little about economic policy making he has through sheer force of personality changed the way economic policy making is viewed and discharged. He has made deficit reduction the central plank,of his economic policy. Unlike previous Chancellors he has made this the priority, other targets such as reducing and ending child poverty have been scrapped as being incompatible with this end. He has sold to the nation the belief that a continued and possibly constant programme of national austerity is necessary for national well being. Ed Balls I initially opposed this policy (as having a better understanding of economics he should have known that the policy was flawed from the start), yet after a few more squeals of protest he fell into line. He has promised that he will continue the programme of national austerity if Labour is elected. Quite an achievement for a ‘no nothing’ economist to dictate the direction of economic policy for at least 10 years and possibly more.
Having called George Osborne’s thinking flawed it is necessary to demonstrate these flaws. In 2009 Paul Tucker, Deputy Governor of the Bank of England produced a highly significant but little read report. He expressed concern not about the size of the government deficit but the size of the deficit in the banking sector. Then as now the deficit in the banking sector was just over 500% of GDP, while even today the government budget deficit will peak at 80% of GDP. George has closed his eyes to the potential crisis in the banking sector, where a ‘run on the pound’ will cause a catastrophic economic crisis that has the potential to reduce the incomes of British citizens to less than that of the impoverished Greeks. Is George hoping along with the entire Parliamentary community that nobody will notice this omission in his deficit reduction programme?

There other great flaw is his belief in ‘expansionary fiscal contraction’, one of the most nonsensical phrases coined in the debate on economic policy. His argument is that if the government to fund its deficit has to borrow large sums from the banks, it deprives industry of the money it needs for investment. Therefore if government borrowing is cut it will free funds for investment and the economy will grow and all will benefit. There has been no evidence of this ever happening (except in wartime), what has reduced the flow of money for investments, is the banks preference for speculative financial activities over long term investment. Banks prefer to lend money for speculation in the commodities, financial, equities and property markets. It this speculation that reduced the money for investment in industry. In fact 80% of all bank loans are to the property market, that is why they have no money to lend to industry for investment. A problem ignored by George Osborne who has preferred to give the banks £200 bn. A programme in quantitive easing, while announcing just £1 bn. for investment in the national infra structure. 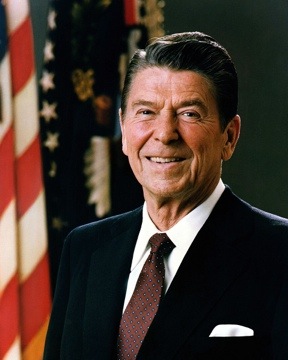 George Osborne’s success recalls to mind that other great non economist who rewrote the economics agenda and that was Ronald Regan. His rival George Bush Snr. denounced his economics as ‘voodoo’ economics, only to eagerly embrace it as Regan’s Vice President. Despite all the evidence to the contrary Ronald Regan’s economic policy was hailed as a success by politicians. He as with George Osborne preached the virtues of small government and he cut taxes and claimed to cut government expenditure. While he cut domestic spending on welfare he exponentially increased defence spending. Billions were wasted on his Star Wars programme. He funded this excessive expenditure through government borrowing and when he finally left office, the USA had its greatest budget deficit ever. George by comparison will by the time of the next election leave Britain with an ever spiralling banking deficit, leaving Britain at the mercy of predatory financiers.

However this essay is written in praise of George Osborne, so I must remain to central theme of why he is a great economist. While I could write about his Machiavellian skills in manipulating political friends and foes, there is a more interesting approach.

Economics is a subject that lends itself to charlatanry, because politicians are desperate for that one policy that will deliver success. When in conversation with economists their normal degree of scepticism is abandoned, they are so willing to believe that the proposed policy is the one that will deliver success. George Osborne must have realised early in his career that any well packaged and presented economic nonsense would sell. He would have had as a prominent politician have seen close up how the Treasury manipulated economic statistics and how whatever sleight of hand the Treasury used there would always be a coterie of economists praising the Chancellor’s policies. The reason economic charlatanry is so widespread is that economists only have the vaguest understanding of how the economy really works. To admit this as an economist would be to invite ridicule and so everybody pretends black is white even if they suspect that black really is black. Modesty is never a characteristic of any economist, bluster is the more usual characteristic. I am not suggesting that economists are ignorant of the working of the economy, so much as that they vastly overstate their understanding of the economy. If I can use an analogy into this pool of preening fish a predatory shark arrived, who realised how easy it would be to manipulate the consensus of views to suit his ambitions.

He would have found that politicians such as Ed Balls who play by the rules of the economic game were easy to manipulate. What any economist knows is that the future is uncertain, so predictions for the future have to be hedged around by ‘maybes’ and ‘perhaps’. Yet George Osborne has torn up the rule book, he knows what the future holds. He has set limits to future spending, including a welfare cap all of which Ed Balls as shadow chancellor has signed up to. If events turn out differently, George Osborne will happily abandon all his pledges giving some plausible explanation. While if Ed Balls becomes Chancellor he will be the hapless acolyte following the master, whatever happens he will stick to George Osborne’s targets.

At it’s worse economics as practiced in the UK is an invented game and those who stick to the rules in this imaginary game will always be at a disadvantage compared to those who have a complete disregard for the rules.